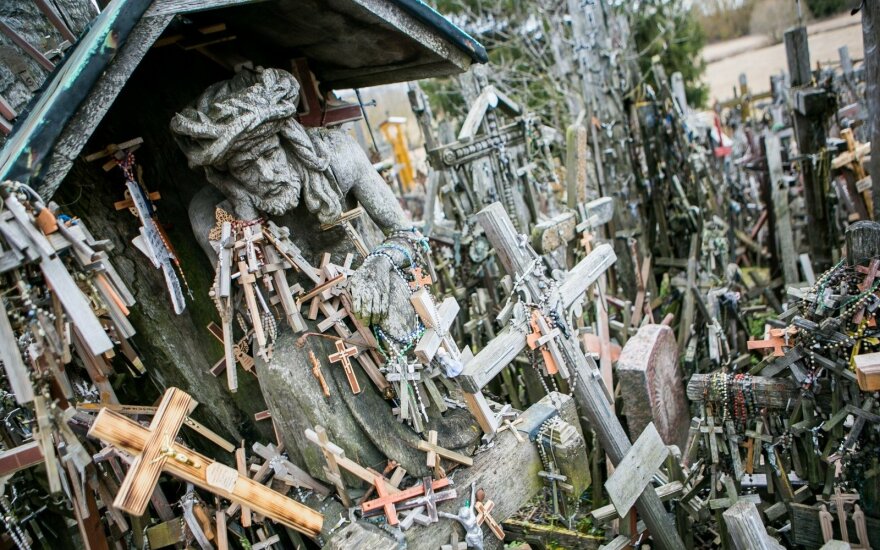 What is the Hill of Crosses and why you should visit it?

Hill of Crosses (in Lithuanian Kryžiu kalnas) has more than 100.000 crucifixes and other religious items on one single hill. It’s the unique in the world cultural heritage hiding dark past of Lithuanian independency fighters.

How and why the Hill of Crosses got created?

The origins till this day remain a mystery, but studying the crosses it obvious that many appeared there for the first time in 19th century.

During the Soviet era, this religious cultural expression was forbidden, so the mountain got destroyed quite a few times. But Lithuanians, fighting for their independence against the Soviets again and again reconstructed the site making it even bigger than before.

These days, it is a symbol of fight for freedom against oppressive soviet era. It represents the unshakable faith as the fighters risked their safety for every single cross.

More information about how to get there can be found on Google maps, Rambling feet website and tripsavy website.

What to do in Hill of Crosses?

Now you can be like those Lithuanians who were fighting for the freedom and bring your own cross, place it there and do a small prayer if you want to. Many people are doing that now a days and the Hill of Crosses is constantly in grow!

You can also have a nice Lithuanian meal in a restaurant near by. Leaving a link to trip advisor’s 10 best restaurants.

How to get there?

Located 12 kilometers from Šiauliai, the Hill of Crosses is easily accessible from this fourth biggest Lithuanian city. If you are in Vilnius, Kaunas or Klaipėda, you will need to find a way to go to Šiauliai first. Once you’re there, you can get a bus “Šiauliai – Joniškis” getting off in Domaintai stop where Hill of Crosses is located.

Read more about history of Hill of crosses here.